Is an insolvency practitioner the same as a liquidator?

A liquidator is one of a variety of roles an insolvency practitioner assumes depending on the case they have been appointed to deal with. In matters concerning limited companies, the three main roles an IP will undertake are as follows:

Liquidator – Acting as a liquidator in both solvent and insolvent company liquidations, the insolvency practitioner’s role here is to realise company assets and ensure these are distributed appropriately to creditors. In insolvent liquidations such as Creditors’ Voluntary Liquidations (CVLs), creditors typically comprise of suppliers, banks, and other lenders; in an MVL, which is the liquidation of a solvent company, it is directors and shareholders who are often in line to receive the proceeds.

Administrator – An insolvency practitioner will be appointed the administrator of a company in both administration and pre-pack administration cases. They will work to realise a better outcome for creditors whether this is through arranging a sale of the company or facilitating an ordered shutdown of the business.

Nominee and Supervisor – In Company Voluntary Arrangements (CVAs), an insolvency practitioner will take on the dual roles of nominee and supervisor. They will first act as a ‘nominee’ and will be responsible for putting together a viable proposal for the CVA. A Statement of Affairs (SOA) will be produced, and creditors will be informed how much they could expect to receive should the CVA be implemented. Once the CVA has been passed by creditors, the insolvency practitioner will become ‘supervisor’ of the agreement and will oversee matters throughout the duration of the CVA. The ongoing performance of the business will be monitored to ensure the company remains on track to complete the CVA and emerge with a good chance of enjoying a successful future. 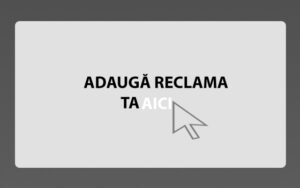